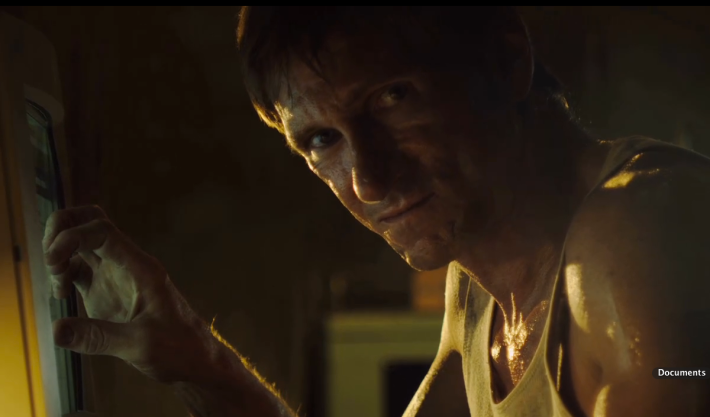 This is one of the creepier links I’ve ever allowed to have all my Facebook information: http://www.takethislollipop.com/.

The website is basically the Jib-Jab e-card version of a Liam Neeson-style hacker movie. A short clip of a derelict man obsessing over a Facebook profile and then seeking out the person on screen plays for 3 minutes. But this time, the pictures are coming from inside the house. Here’s a picture of my Facebook profile picture taped to the dashboard of the above pictured man’s car: 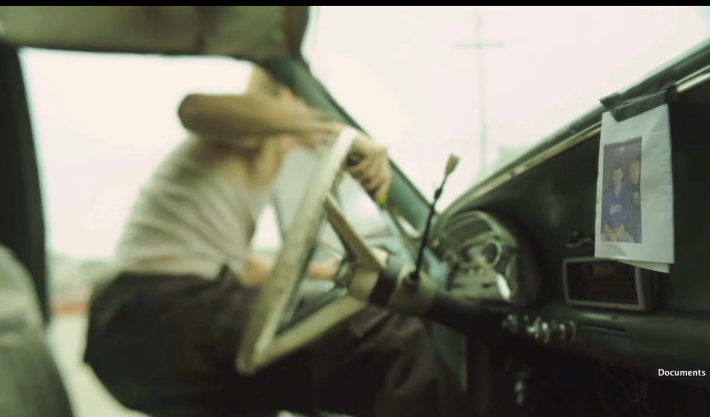 I thought of this website as I went about making my current online identities more “employer-friendly.” I’m throwing contact and personal information to anyone who will click. I’m not worried about creeps like the guy in the video because that was the old internet.

The old internet of geocities and MySpace may have actually been fraught with danger. I don’t know, I didn’t know anything existed outside of WordPerfect 2000 until I was 14.

Now instead of axe-murders, I’m being told I need to be weary of future employers. This is the new internet. What was once earnest looking WordPad documents with bright colors and background sound are now cookie-cutter blogs with hyperbolized, nonsense titles to draw attention because every website looks the same. (See: “Employers Are The Axe-Murders of the New Internet”.)

According to Google’s auto-complete search feature, I’m not the only one who has been told to be careful about what information put online…. 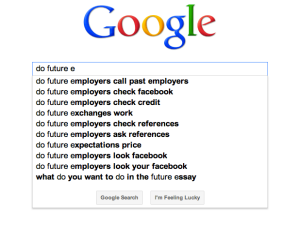 ….because the only thing worse than losing your life is your job.

Not that I don’t take online identity seriously. I just think it’s interesting how there seems to be a niche for an Internet boogie man. Maybe since Web 1.0 was built in the shadow of the Cold War, imminent death was America’s greatest fear. Now that we’re in a recession, unemployment haunts the users of Web 2.0.

As the internet becomes increasingly mobile, I believe our next fear will go in the opposite direction. The next fear will be that of never being found. As location data becomes standard on Facebook and other apps, we will take for granted the knowledge of everyone’s location. One day, that chain e-mail will come around about a Michigan mother of 4 who turned her location services off and went missing in the woods, never to tweet again.

Until then, however, I’m going to follow the herd and appeal to the ominous shadow of future employers. In case there are any employers reading this, I am very proficient in all aspects of WordPerfect 2000.